Posted on December 17, 2015 by glutenfreezen

I’m in love with the Instant Pot. What more can I really say?

And no, they aren’t paying me to promote their product. It’s just that good. Although I wouldn’t argue if they wanted to.

I’ve been battling the flu or a flare or something, and yesterday I used all my energy so by dinner time, I felt like death. But as most of you ladies out there know, people still need to eat whether you feel like death or not.

That’s where the Instant Pot comes in very handy. Normally, I would slow bake and baste the ribs in the oven for three hours, then, either put them on the grill with extra sauce or under the broiler to finish. But with the Instant Pot, it took exactly 40 minutes from beginning to end and I also made a huge salad and homemade salad dressing in that time. 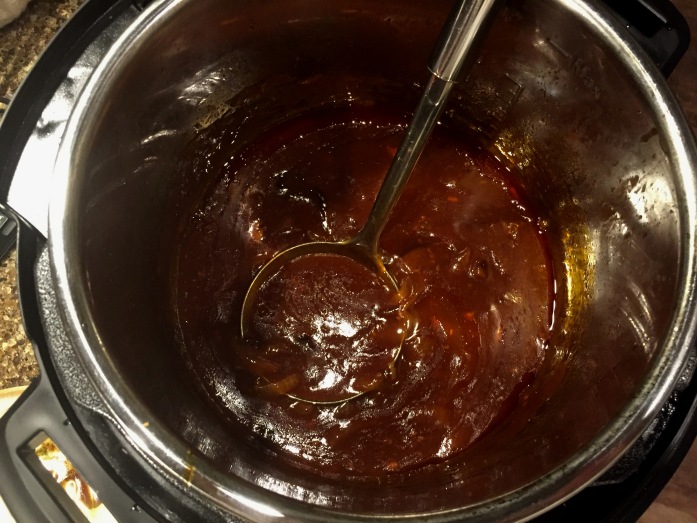 I didn’t miss the three hours of basting, broiling, or grilling, either. The ribs were delicious! Tender and extremely flavorful.

I’ll take 40 minutes over three hours of waiting and basting and grilling or broiling any time. 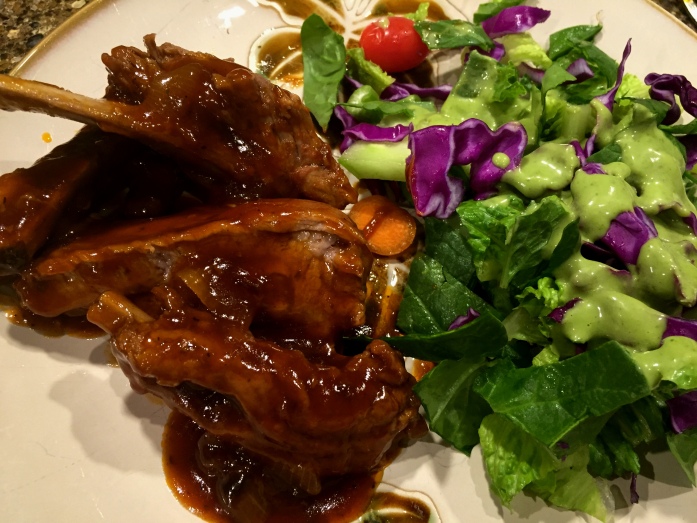 1/2 of a Large Onion Sliced

A Couple Pinches of Sea Salt

A Few Grinds Of Pepper

Put the lid on and secure it. Make sure the pressure valve is closed. Click the meat setting and increase to 35 minutes. I don’t like the meat to be completely falling of the ribs, just nice and tender. If you want your meat to fall of the ribs, then I would increase the cooking time to 40-43 minutes.

When the timer goes off, release the steam, and remove the ribs to a plate and cover with foil. (After removing the ribs I laid a paper towel lightly over the top of the sauce to wick up any unwanted fat. Do it quickly and then just toss. So much easier than trying to skim it off!)

Next, click the saute button, the sauce will come to a boil quickly. Mix a couple of teaspoons of arrowroot powder in about 1/8 cup of water and stir well. Drizzle slowly (about 1/2) into the BBQ sauce while stirring. Add the remainder of the arrowroot mixture only if it needs more thickening. Turn off the Instant Pot and serve.